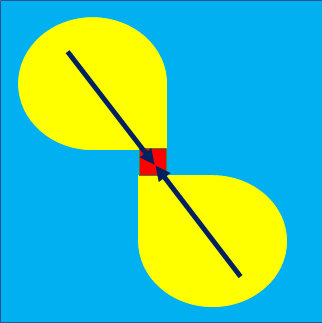 Two 8 metre circles are marked out diagonally from each other with a 1 metre a side square between them. The field should be open enough that either archer can step into the central square.

This is a duel of honour where the winner is decided by who can reach the safety of the centre square.

Each archer tries to keep their opponent away from the central square while at the same time trying to get themselves into the square.  If both archers run out of arrows, then it constitutes a double kill and the bout is refought.

There is no safe area for spectators, so it is recommended that they be kept at least 30 metres away from the combat.